The program of highway construction in Romania is currently running. Currently, there are 787km in service and 140km in execution. Generally, the soils for the construction of motorways are difficult (new soft soils, slopes affected by old and new landslides). All these require works to improve the bearing capacity of the foundation soil, and stabilization of slopes, and using new technologies still insufficiently known. Consequently, the article is trying to show the need to investigate these works on site and reviews the organizational principles of a modern tracking system in three stages of embankments and slopes adjacent to the motorway). It also classifies the parameters that must be followed, focusing on those that activate failure mechanisms and those resulting from hidden defects (anthropogenic). Ultimately, the article highlights the importance and benefits of such a system organized on the departmental level, the need for specific regulations and the call for reactivating the old lineman on modern principles.

The program of highway construction in Romania is currently running. Currently, there are 787km in service and 140km in execution, a length that is quite large for the start of an “in situ” departmental monitoring program of the behavior of these works under traffic (tasks), strictly necessary for taking preventive and effective measures therefore ensuring the stability in operation of these works.

The highways, by their specificity, bypassing the localities, are built in the lowland areas on new and soft soils, consisting of contractile soils, water-filled soils and with pond-specific vegetation (photo 1.1, 1.2, 1.3 and fig. 1). 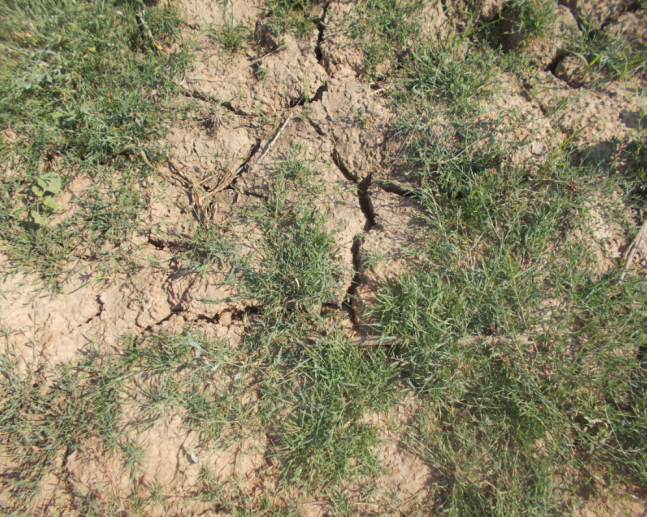 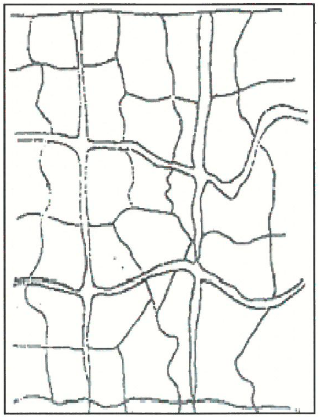 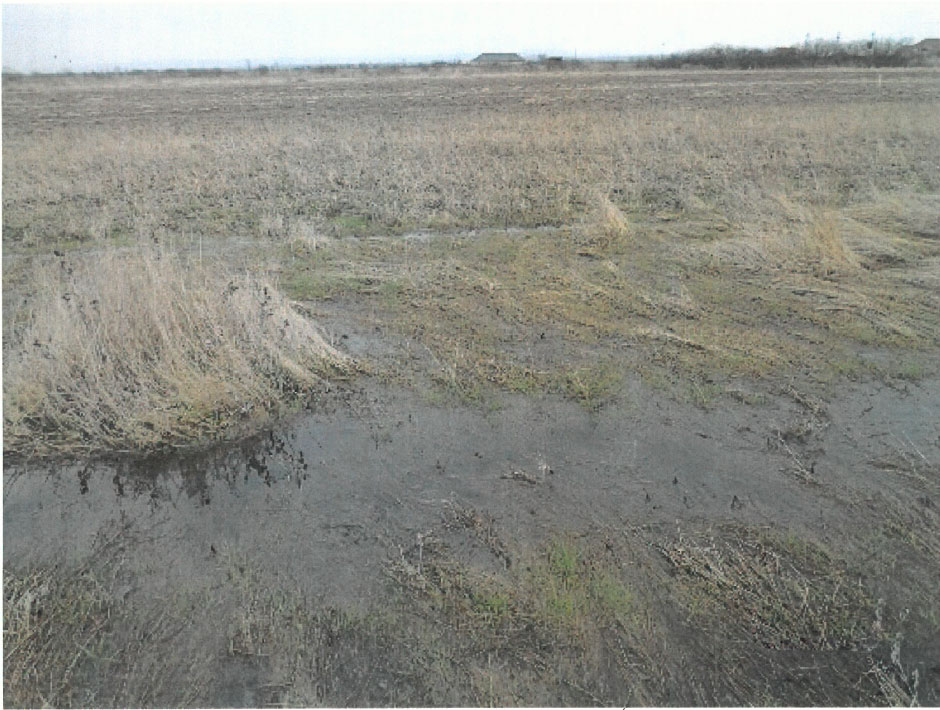 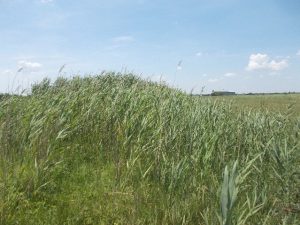 In lowland and mountain areas, highways pass or cut down natural slopes affected by old and new landslides and disturbances, as seen from the accompanying photographic images (photo 1.4 and 1.5). Consequently, stabilization, sanitation and seizure works are required. 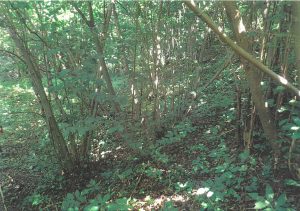 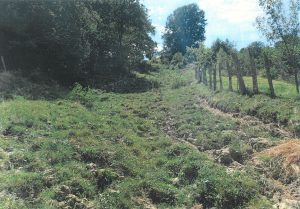 Also, the crossing of the rivers is made with bridges with large openings, which makes the ramps very high, over 12.00m – 14.00m, which can lead to important settlements of both the earthworks and the foundation ground, which must be tracked in time.

The new and soft soils on which the highways are founded, require works to improve the physical and mechanical characteristics to ensure the bearing capacity that must take on the static loads given by the construction itself as well as the dynamic ones given by the intense traffic. The new methods of improving the weak foundation grounds, concern the large-scale introduction of geosynthetics, injection techniques and deep consolidation, thus requiring a time tracking (ballast legs covered in geotextiles reinforced with geogrid, geocell, jet grouting, deep compaction vibration, etc. – Figs. 1, 2, 3 and 4). 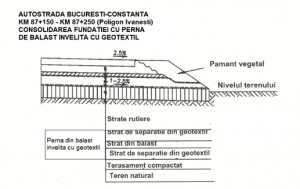 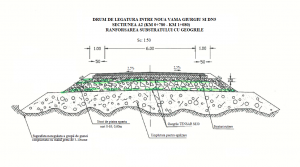 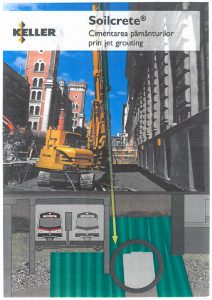 2. PRINCIPLES OF ORGANIZING A MODERN SYSTEM FOR “IN SITU” TRACKING
OF EARTHWORKS ON HIGHWAYS

As demonstrated in Chapter 1, it is imperative that these constructions be tracked in time and that the monitoring must start from the execution phase and be carried on continuously throughout the lifetime.
Mainly the subsequent categories of works should be followed:
a) Natural slopes adjacent to the highway, located in areas with instability problems;
b) The sustaining and consolidation works of the adjacent slopes or those cut by the highway as well as the arrangements of the active torrents;
c) Systems for collecting and evacuating rainwater from the road and the surrounding area, functioning of deep drainages;
d) Stability of the slopes of the high backfill (h≥10.00m) and deep cuts (h≥10.00m);
e) The settlement and consolidation of foundation grounds that have been improved;
f) Shore defense works and the behavior of the riverbed along the highway crossing.

The parameters to be monitored and measured can be classified into two categories:

• Those connected with the environment:
= traffic intensity;
= groundwater level;
= evel of precipitation (rain, snow, ice);
= morphology of the adjacent land, which in the case of heavy rains can produce accumulations of water and alluvium at the base of the backfills;
= degradation resulting from road accidents.

• Those related to the work’s behaviour.

Here, first of all, the parameters that activate the mechanism for the disposal of earthworks or slopes, such as: pore water pressure, shear resistance parameters, earthworks and foundation ground, depth and direction of sliding planes, are considered.
Secondly, it is necessary to take into account the occurrence on a “day” of “hidden defects” related mainly to the execution, such as: the introduction into the work of some soils with organic matter, limestone concretions, which in time dissolve creating preferential routes of water drainage, triggering the phenomenon of “suffocation” which being not followed and controlled can lead to the occurrence of the phenomenon of hydraulic rupture. In the photographic image below, the existence of such a system of time tracking of the phenomenon of suffocation is exemplified (photo 9a and 9b).
Also, the material thefts from the rambles create gaps that lead to the loss of the stability of the slopes and finally to the destruction of the work. 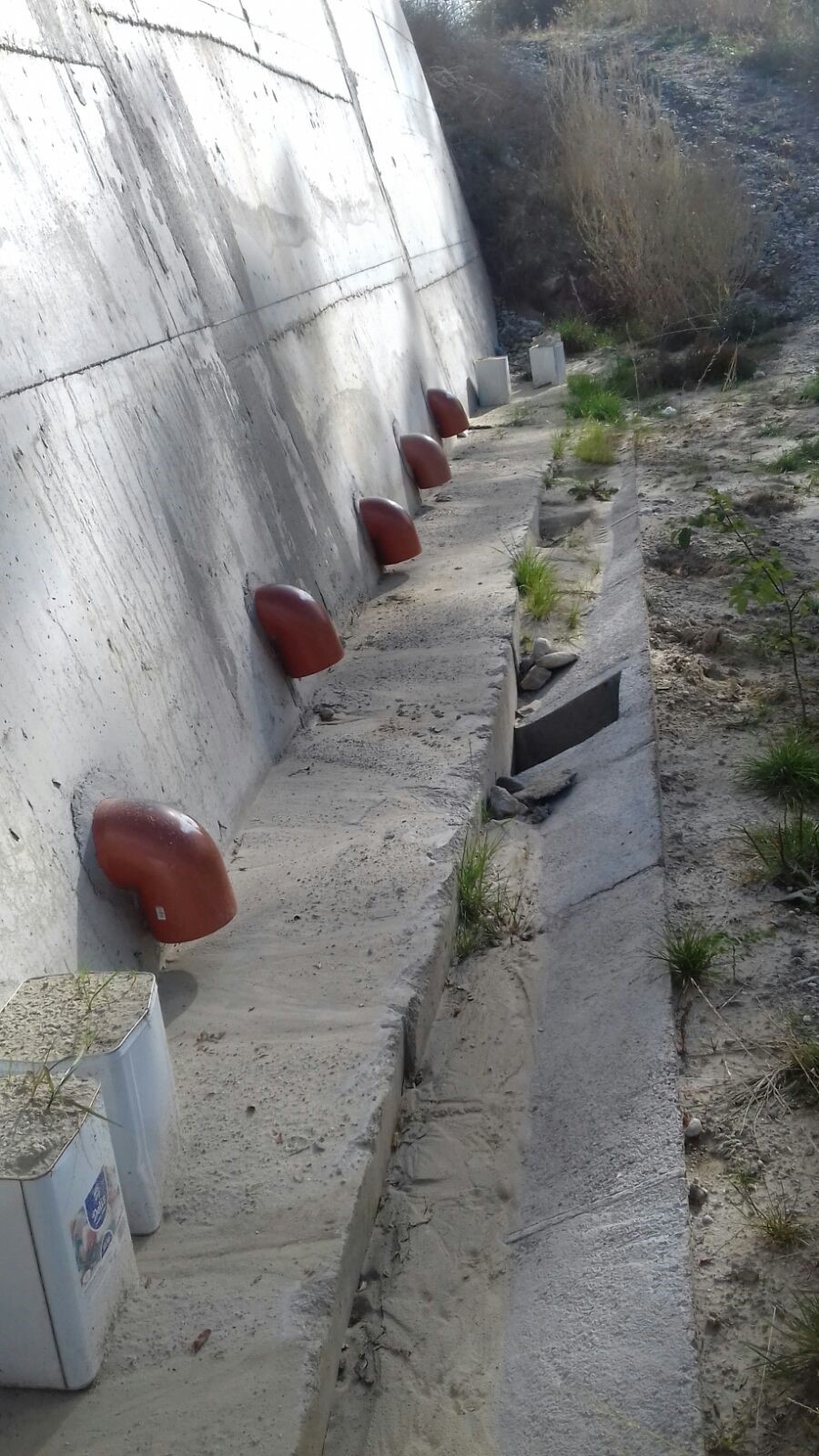 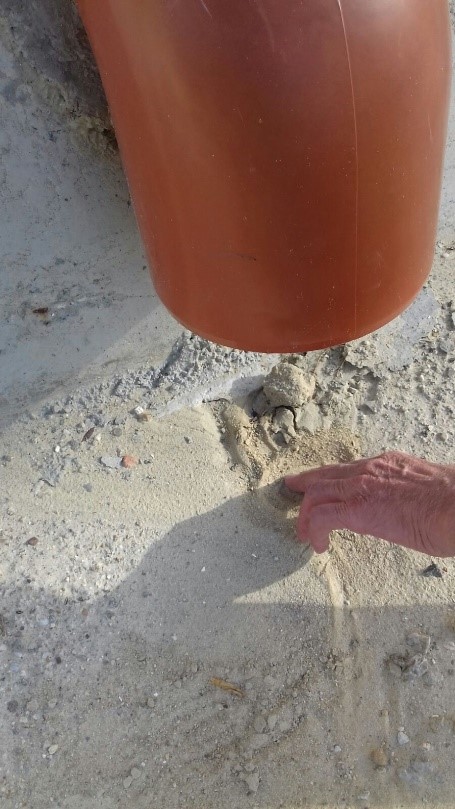 Taking as a model “The system for tracking the behavior of hydrotechnical constructions – NP 087/2003” and from the experience in the field, we find that the monitoring of the behavior of earthworks and slopes must be done in 3 stages:
stage I – direct observations and visual inspections to be performed by specialized personnel and constantly. When we speak of specialized personnel we refer to the “old road linemen “, which must be reactivated.

stage II – special tracking, which must be performed by measurements with special equipment and mainly target the parameters that activate the failure mechanism described above. Of particular importance at this stage is the establishment of the position of the measuring points, which must be made according to the yield mechanism.
Both stages are carried out with methods specific to each work, stipulated in a tender book.
stage III – analysis of the data obtained, their interpretation, the preparation of the synthesis reports with concrete proposals regarding the classification of the work in one of the following states: normal operating situation, attention status, alert status and intervention status.

In conclusion, the organization and implementation of a departmental system of “in situ” tracking of earthworks and slopes, presents the following advantages:
 the prevention of degradation and damage that may lead to removal from operation for longer or shorter periods of time and which inevitably lead to both direct (repair or restoration works) and indirect material damage (bypass routes, degradation of perishable goods, etc.) but also possible loss of human life.

The most important degradations that can occur are:
– breaking of slopes, cuts or embankment;
-large differentiated settlements in the body of the earthworks and of the founding ground that are transmitted to the superstructure, leading to the appearance of longitudinal cracks;
– the appearance of the plastic deformations evidenced by the swelling of the foundation ground in front of the embankment or cut slopes, the lateral slump of the earthworks, and finally the cracking, breaking and decommissioning the work;
– the unveiling of the foundation of the bridges in the riverbed, the destruction of the bottom threshold due to the scourings.
– the creation of a technical-scientific database related to the knowledge of the phenomena that occur in the body of the earthwork or of the support work (variation of the interstitial pressure, the state of stress in the sensitive areas, the variation of the shear strength parameters, the rate of time consolidation, etc.). A deeper knowledge of these phenomena leads unquestionably to confirming the hypotheses of calculation and to improve the process of designing such works;
– reducing the impact of the work on the environment.

As a result, the following proposals are made:
– elaboration of the normative regarding the implementation of the tracking system of the behavior of earthworks and slopes adjacent to highways and bypass variants, based on the tracking model elaborated for the hydrotechnical constructions.
– the organization by the National Road Infrastructure Management Company through A.P.D.P. of specialized courses for personnel who will make direct observations and visual inspections.
The present presentation aims to highlight the importance and the advantage of the elaboration and implementation of an own system of “in situ” monitoring of the works of earthworks from the highways and which aims to drastically reduce the defects and degradations that have appeared lately, both at the highway sectors in operation as well as those entered into service..

4. OTHER CONSIDERATIONS
We would like to thank Constantin Flămânzeanu, general manager of SC CONS DRUM SRL and member A.P.D.P, for organizing the “in situ” tracking system of the “suffocation” phenomenon on DN67 – km 160.