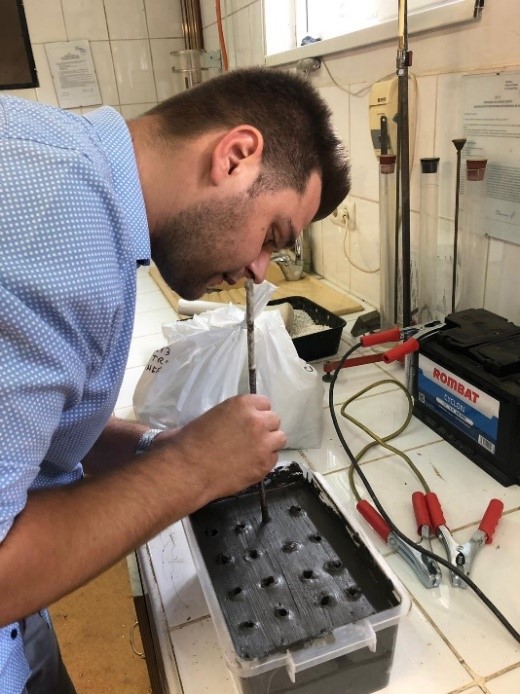 In Romania, there are numerous areas where the soils of reduced consistency and more precisely, saturated, soft clays predominate.
The behavior of these clays, under the action of mechanical demands, has some very important aspects, namely: thixotropy and consolidation.
The knowledge of the physico-chemical and mechanical properties of these soils is very useful to establish the engineering measures to improve the behavior of these soils, of short duration and especially, of long duration, under static and dynamic conditions.
In our country, recently, in the case of the construction of highways, there were major phenomena of loss of the bearing capacity of the foundation ground made of soft clays under loads induced by the own weight of the backfills and traffic.
In this context, large sections of highways with lengths between 20 – 30 km are to be built, over areas with soft clays (such as, for example, section 5 of the Sibiu – Pitesti highway).

2.The effect of electroosmosis on the consolidation process

Electroosmosis is a procedure commonly used worldwide to reduce the time required to complete primary consolidation. In this way, the aim is to reduce the period of realization of the railways and road backfills respectively and to improve the physical-mechanical characteristics of the terrain in order to execute the direct foundations for different types of constructions.
The electroosmotic movement of water through saturated clay of reduced consistency is due to the action of the electric field on the cations in the adsorption complex, which in turn causes the water dipoles to move (Figure 1). 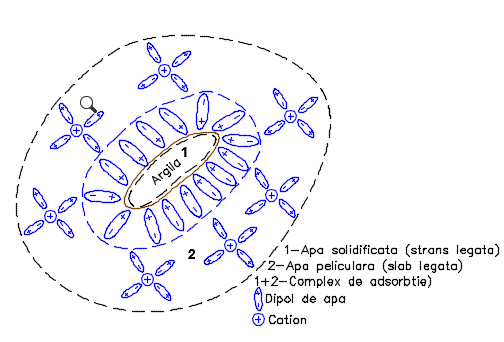 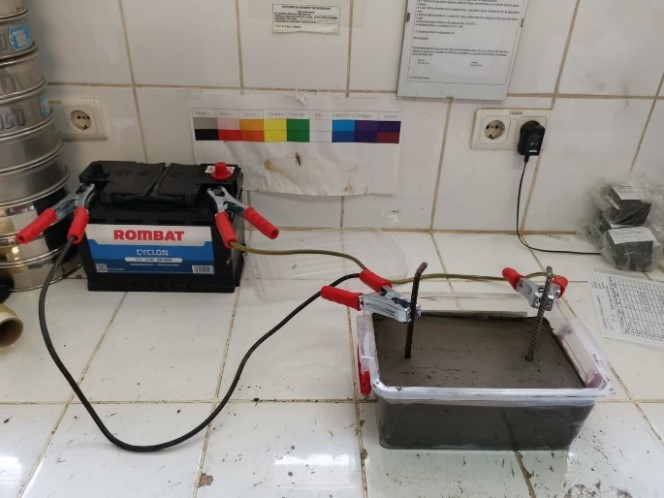 Figura 1. a) Principle diagram of the clay-specific adsorption complex;
b) The experimental assembly

3. Description of the experimental part
The material we used to perform the experiment was a clay with the particle size composition shown in Figure 2 and having an initial moisture of 59.38%. 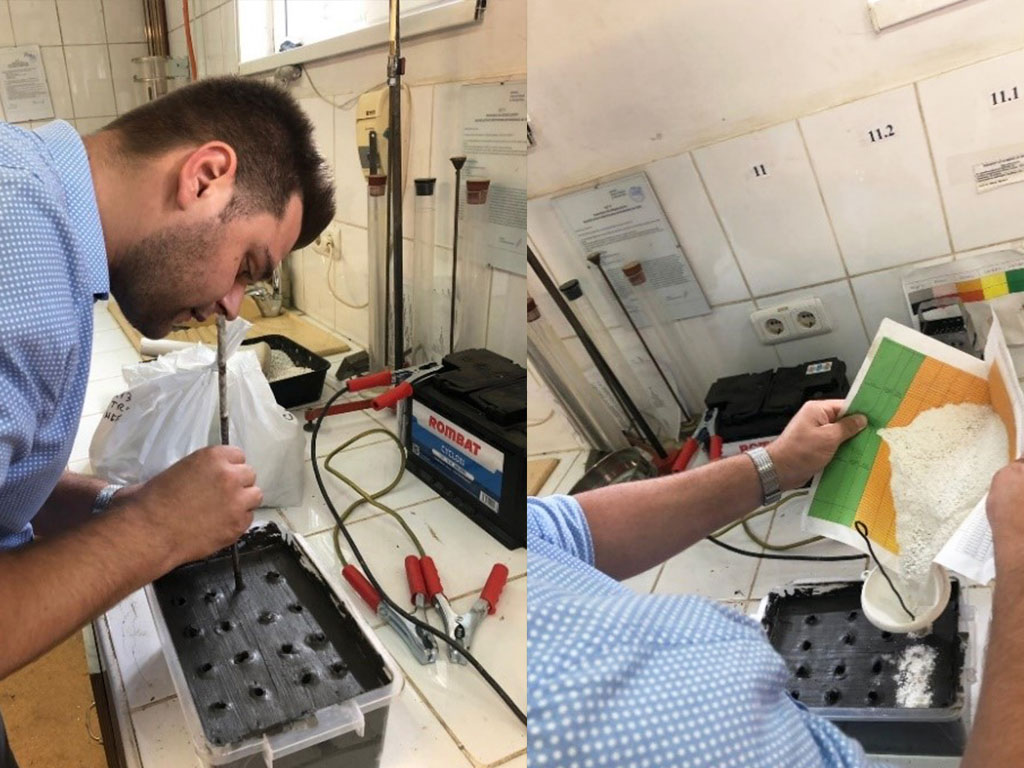 In the case of clays of reduced consistency, another method of speeding up the consolidation and implicitly, of improving the foundation ground, is the use of lime columns.On this experimental stage, we chose to combine the phenomenon of electroosmosis with the execution of columns of non-hydrated lime. We made a grid of 16 columns in the clay table, which I subsequently filled with non-hydrated lime (Figure 3). This, by releasing heat, reduces the moisture of the soil, producing Figure 3.Realization of the experimental model

in parallel the consolidation of saturated clay. The process was followed for 72 hours, finally 8 samples were taken to evaluate the variation of moisture from anode to cathode.

4.Experimental results
In the graph in Figure 4 it is observed that in the case of the electroosmosis phenomenon, the moisture variation in the 8 samples varies incrementally, linearly, from anode to cathode, intersecting the initial moisture value, whereas in the case of the electroosmosis phenomenon combined with the execution of the lime columns, the values of the 8 moistures are all below the initial moisture value. 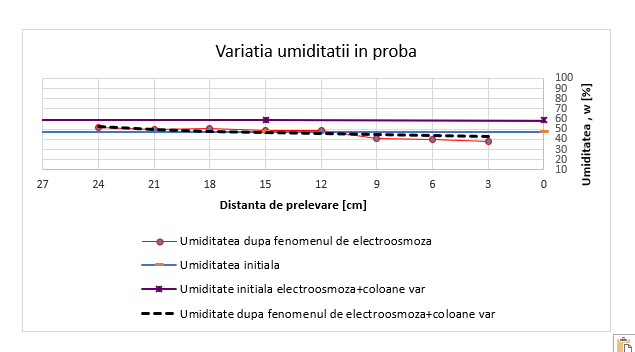 Conclusions
Through the experiment, it was demonstrated the importance of applying procedures for improving soft soils and, at the same time, accelerating the evacuation of water from the soil, which leads to the increase of the bearing capacity and to allow the carrying out of major engineering works in the field of transport infrastructure.